Sunday, January 29 2023 - Welcome
Latest Posts
What Wood Should I Use to Make a...
What Is The ANA Test, And Who Should...
Why Hiring a Lawyer For an Elmiron Lawsuit...
Top 10 NBFC (Non-Banking Financial Companies) in India
The 3 Best Legal Firms in Asia
Playing Slots in an Online Casino for the...
What Do Psychologists Do? Different Types Of Psychologists
Key Benefits of a Power Line Inspection
Common Mental Health Challenges Experienced In Adolescence
How to Write the Best Essays in 2023
Home General The Secrets to Socializing – What is Social Loafing?
General

The Secrets to Socializing – What is Social Loafing?

Have you ever heard about social loafing? This phenomenon was discovered more than a millennia ago, and it still applies today.

Social loafing is a term that stands for the tendency of people to put in less effort when being part of a team in contrast to the effort they invest when working on their own. This phenomenon is prevalent in most workplaces and schools, particularly in groups that aren’t cohesive.

Consequently, managers should do their best to minimize social loafing and make sure hard workers aren’t overburdened.

The information below will help you understand the secrets and causes of the above-mentioned phenomenon and provide some tips for reducing it.

Social loafing is a popular phenomenon in psychology related to reduced productivity and low performance. According to this phenomenon, individuals invest less effort when working as part of a group compared to the times of working alone. The more people work on a group task together, the lower the effort any of them makes towards completing the task.

Even though it’s common for some workers to free-ride on the effort of others, social loafing says that every person is susceptible to such behavior to a certain extent. Most individuals just assume that another person in the group will take the initiative to finish the given task. See this link, https://en.wikipedia.org/wiki/Social_loafing, to check out the history, causes, and effects of social loafing.

The phenomenon of social loafing is nothing new, as Maximilien Ringelmann discovered it in the late 1800s in France. This professor measured the physical strength of one ox to that of two oxen by testing their power when pulling a cart. The ox that pulled the cart alone used more power in the process compared to the power it used when pulling the cart together with another ox.

After making this insightful discovery, Maximilien Ringelmann decided to conduct a similar experiment on humans by instructing them to pull ropes. Not surprisingly, the professor discovered an identical pattern. For instance, when pulling the role separately, every person exerted maximum power while doing the task. In contrast, when two individuals pulled the rope together, the power output was 93% of the strength they used individually.

Moreover, when three people pulled the rope, the power output dropped to 85 percent. A large group of eight reduced the output to just 49%. This phenomenon is also called the Ringelmann effect or the free-rider effect. An ideal example of the social loafing effect occurs in schools when students work on a group project. In such a scenario, the most disciplined and responsible person does the largest part of the work, whereas the others sit back and get a free A for the zero effort they have invested. 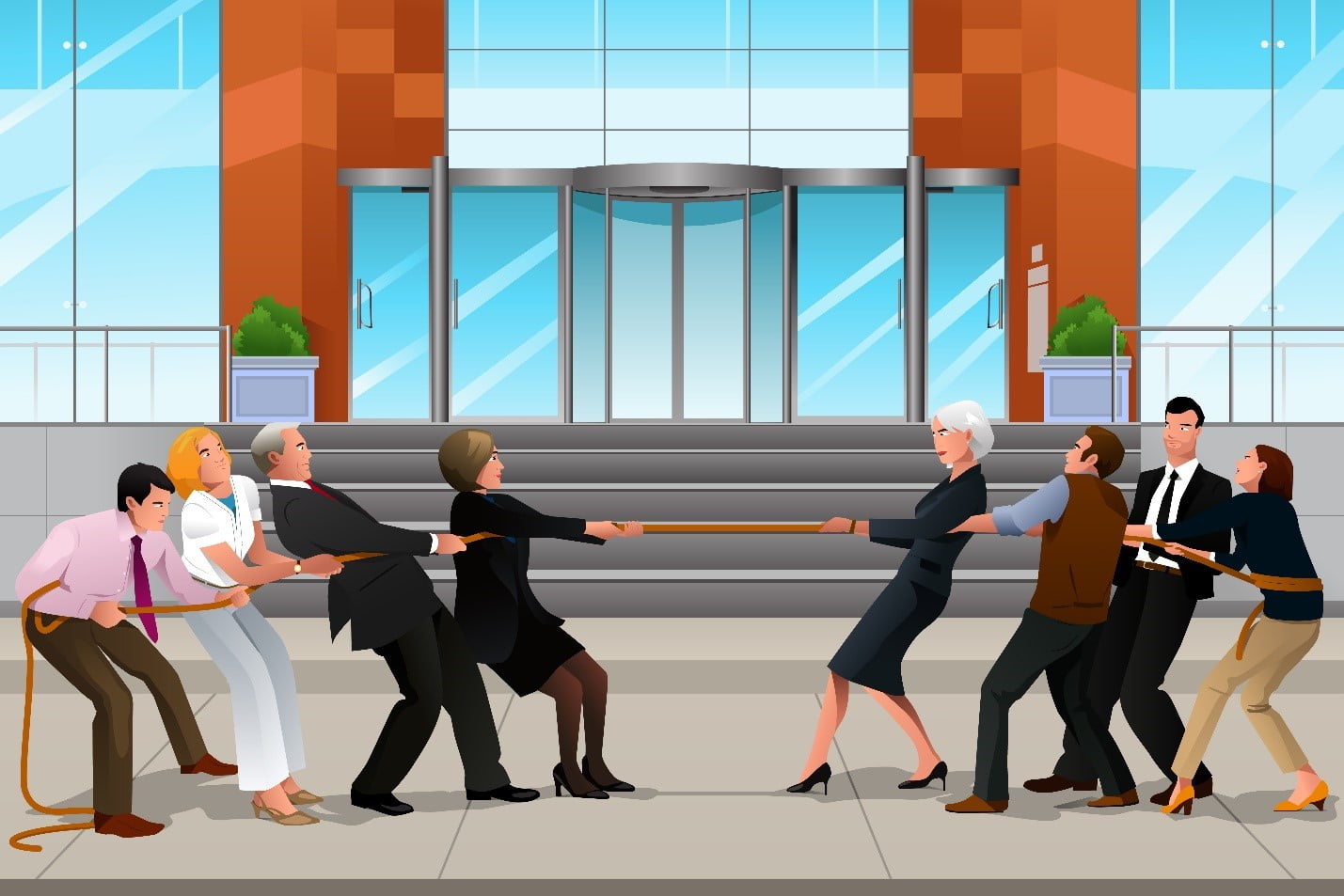 Psychologists have identified a couple of potential causes of social loafing, such as a lack of motivation, diffusion of responsibility, group size, and coordination between group members. For example, when individuals aren’t sufficiently motivated, they are likely to turn to social loafing. Additionally, when being assigned a task as part of a group, most individuals don’t feel personally accountable for it. Consequently, they take the role of bystanders instead of active participants.

The coordination between group members is of great importance as well. In companies where the cohesion between workers is satisfactory, there is a low risk of social loafing. Conversely, in large companies where workers aren’t as coordinated, they are more prone to free-riding and transferring the responsibility to another worker.

How to reduce social loafing?

Fortunately, there are various effective ways in which this effect can be reduced. A successful method to avoid social loafing is the construction of effective groups. As discussed above, group cohesion is incredibly important in minimizing this phenomenon. Successful teams consist of competent people who aren’t afraid to work hard and get along with each other.

Therefore, when managers are required to assemble a team to work on a project, they should spend a few days observing the workplace to see which employees get along and work tirelessly. The group has to be cohesive to eliminate the risk of social loafing. Also, it’s of the utmost importance to limit the number of workers who perform poorly within a team, especially when having no choice but to include them.

Managers should mix poor performers in teams where most of the members work hard. In contrast, by building a team of several poor performers and a single hard worker, the latter is going to end up taking the responsibility. The ideal group size would be four to five members for individuals to feel more responsible. The recruited people should have diverse skills for the team to be effective. Breaking the team into subgroups is a recommended option in cases when managers can’t reduce the group size.

In addition, managers are expected to set clear goals for team members to know what is expected from them. Tasks that are ambiguous tend to increase social loafing, as individuals have no idea what to do. It’s vital for managers to outline each task as clearly as possible, provide the employees with a worksheet of project tasks, and keep the goals reasonable.

Another trick managers can try is assigning a specific task to each group member for them to feel more responsible. Such an effective method makes it impossible for workers to hide in the crowd and rely on the efforts of others. The team should be given a firm deadline, which shouldn’t be set too far to avoid procrastination. The deadline shouldn’t be ambiguous, as the group won’t take it seriously.

Social loafing should be avoided in every workplace by implementing the right methods!

When Should I Contact an Employment Lawyer If I’ve Been Let Go?

Top 10 Must Read Books in Your Lifetime by Indian Authors

Some Tips for How You Can Create a...

Tips on How to Choose the Best Suitable...

Wills and Villas: All About Estate Planning

Top Reasons to Work in a Job in...

Get an Edge Towards Running Your...

Rust Hacks and Tricks for New...

How Does Online Wedding Registry Work?